Death Toll: Seven Pounds, I Am Legend  (七生有幸、我是傳奇)
Close, But No Flatline: Smith “died” temporarily in Hancock, but was revived – therefore, it doesn’t count.

Death Toll: The Mosquito Coast, What Lies Beneath
Cheater: Ford was made immortal (albeit briefly) in Indiana Jones and the Last Crusade.

Death Toll: Taps, Vanilla Sky, Collateral, Valkyrie
Death Before Dishonor: Cruise’s most violent offing was definitely Taps. At the end of the movie where he played the military academy hothead, he lost his shit, opened fire with an M-60, and got thoroughly perforated by National Guard artillery. (“It’s beautiful, man!”)

Death Toll: Less Than Zero, Natural Born Killers, Richard III, The Gingerbread Man, U.S. Marshalls
Doppelkiller: Downey was killed – by himself – in The Singing Detective, but it’s a hallucination sequence.

Death Toll: Return to Horror High, Red Surf, The Perfect Storm, Confessions of a Dangerous Mind, Syriana
In the Can: Although Clooney notched a couple of early B-movie deaths, his character actually survived in Return of the Killer Tomatoes.

Dead and Loving It

Death Toll: Anastasia: The Mystery of Anna, Henry V, The Secret Agent, Mary Mother of Jesus, Shaft, Harsh Times, The Prestige, 3:10 to Yuma
Dual: Bale got to have it both ways in The Prestige. Those who saw it know what we’re talking about.

Death Toll: Midnight Cowboy, Who is Harry Kellerman and Why is He Saying Those Terrible Things About Me?, Lenny, Death of a Salesman, Billy Bathgate, Hook, Wag the Dog, Perfume, Mr. Magorium’s Wonder Emporium
Most Creative Death: In Hook, Hoffman was eaten to death by a reanimated crocodile.

Death Toll: Easy Rider, One Flew Over the Cuckoo’s Nest, The Passenger, The Shining, Batman, Hoffa, Mars Attacks!, The Departed, The Bucket List
R.I.P.: Nicholson’s deaths all tend to be horribly violent – shot to death, dropped from high places, beaten to death – with the exception of The Bucket List, where his character was beaten to death with a bucket. Or so we heard.

Death Toll: A River Runs Through It, Kalifornia, Legends of the Fall, The Devil’s Own, Meet Joe Black, Troy, The Assassination of Jesse James by the Coward Robert Ford, Burn After Reading, The Curious Case of Benjamin Button
Nice Try: Brad “died” in two additional movies: Cool World and Fight Club. But in one he’s instantly revived as a cartoon and in the other he never actually existed.

Death Toll: A Nightmare on Elm Street, Platoon, Freddy’s Dead: The Final Nightmare, Ed Wood, Dead Man, The Astronaut’s Wife, From Hell, The Libertine, Sweeney Todd: The Demon Barber of Fleet Street, Pirates of the Caribbean: Dead Man’s Chest (This one gets a half because he comes back to life in the third movie.)

Red Sea: Johnny holds the honor of bloodiest death on this list – in his debut movie, he played an Elm Street teen who was sucked into his bed by Freddy Krueger and turned into a giant plasma fountain. 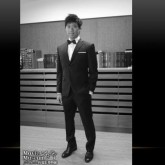